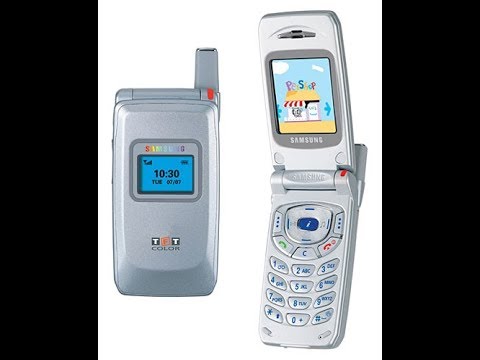 Here are all default ringtones from Samsung SGH-T400 which was released in third quarter 2002 and is the successor of famous T100.
T400 was just a little bit advanced compared to T100 (65K colour TFT screen, 40-tone MMF polyphonic tones with voice support, some additional functions in organizer and 3 new games). However, it was not so popular and is now considered to be even more rare than T100.

What I personally like about T400 most is the ringtones volume and chip quality – I’ve put the volume setting on 3/5 before recording the video and it’s already quite loud, and on the maximum setting it is probably the loudest Samsung phone I’ve ever heard. The ringtones themselves, compared to X100 which uses most of them too, sound more deep and fruity.

BONUS: The user-customizable slots (third option in the ringtone select list) were empty when I got the phone so i don’t know if there was nothing from the beginning or the previous owner deleted the ringtomes. But I’ve managed to find T400 PC Link on the web and downloaded some tones of my choice from the computer. They can be heard on 17:34 – 27:00. New tones can be also downloaded via WAP in the same way as for T100.

Enjoy! Don’t forget to put thumbs up and leave your comments!