Game Gear Longplay [122] Taz-Mania: The Search for the Lost Seabirds 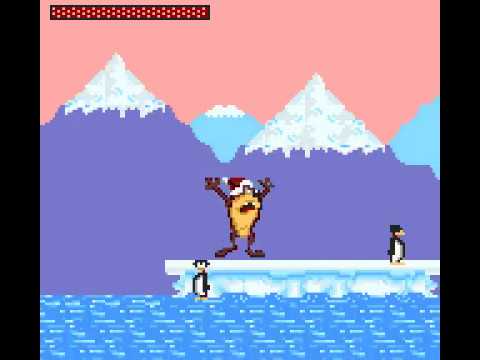 Taz Mania: The Search for the Lost Seabirds is a 2D side-scrolling platform video game developed by NuFX and published by Sega on the Sega Game Gear in 1992.

Players control Taz as he searches for a giant egg. Taz is able to jump, spin into a tornado and eat various objects. Spinning into a tornado allows Taz to defeat most enemies, as well as gain extra jump distance, knock away items and get past certain obstacles unharmed, it also gives him a speed boost. In this version, spinning depletes Tazs life bar.

This game is awful. The levels are hardly related to each other at all and are basically a compilation of mini-games with different gameplay in most levels. The music sounds like something you would hear in a blatant spoof on a bad video game, except this is for real. The game lags like hell, and with different amounts of lag on different levels. Its so bad, even being a Chinese bootleg would not have been an excuse, but no, this is a licensed game.