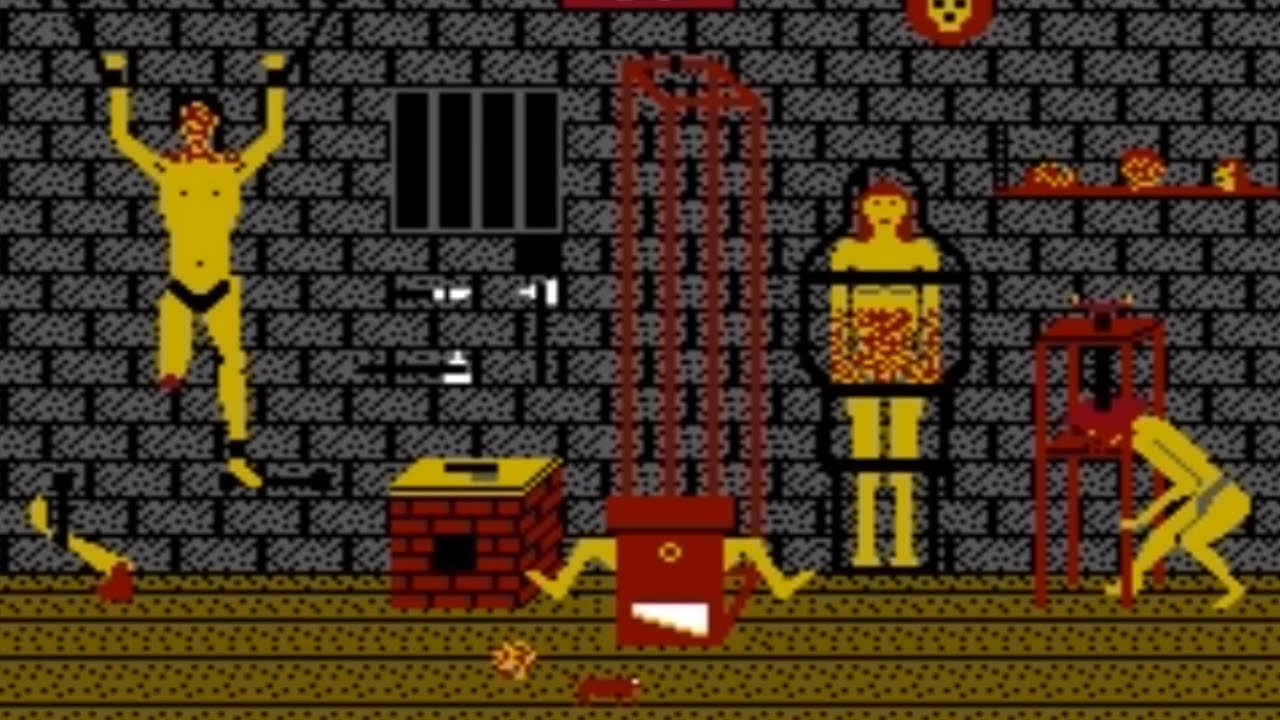 For being an unlicensed title, Chiller is a surprisingly reasonable conversion from the arcade game. It looks nowhere near as good as the 1986 Exidy arcade game (maybe a good thing, depending on how realistic you want the … imagery), but the game play is pretty similar. Beside the censorship in this port (there are no longer any people that are completely naked, the people are now undead “monsters”), the stages are all fairly accurate depictions of the original game.

Like most light-gun shooters, the primary goal in Chiller is to hit a high score. There is a secondary objective in place, though. If you find each of the talismans in all four stages (which are easy to find since each shot will reveal where all of the available targets are), you can play a bonus round that features a bunch of spooky stuff to shoot at in front of a shadowy haunted mansion background.

It was apparently banned (at least, the arcade version) in many countries for the imagery and the tasks at hand, but the NES version, in its low-resolution, low-color glory, doesn’t horrify as much as it amuses. That’s not to say that some of it isn’t a bit disturbing, though – I mean, the man’s head in the vice? Ugh.

The music is pretty monotonous, but I have to say that I’m a huge fan of the heavily distorted screaming samples.

This would be entirely disturbing if it were photorealistic… .a PSN remake, mayhaps? But as it is, Chiller is pretty entertaining for the short time that it lasts. The same four stages cycle repeatedly, but as the monster count increases with each round, you’ll soon find yourself looking at the game over screen.

It’s quite fun, especially as a novelty to pull out around Halloween, but it won’t keep your attention for longer than ten minutes or so. Still, if you want something that boldly differentiates itself from the other NES Zapper games, this will probably fit the bill quite nicely.

I know I’m glad to still have my pristine, complete copy sitting on the shelf.

And a completely random but sort-of neat bit of trivia for anyone that cares – the company that released this in the US, AGCI, was actually an offshoot of ShareData. Yes, the same ShareData responsible for all of those late 80s DOS game show games. Around 1990 IJE decided that, rather than licensing the games to ShareData for publication, they could make more profit by self-publishing the games. Thus, GameTek was born. So, if you ever want to impress someone with how you can connect Chiller to Wheel of Fortune, there’s your 7 Degrees of Kevin Bacon link. It’s not particularly important, but it’s pretty interesting nonetheless.
______
No cheats were used during the recording of this video.

NintendoComplete ( punches you in the face with in-depth reviews, screenshot archives, and music from classic 8-bit NES games!