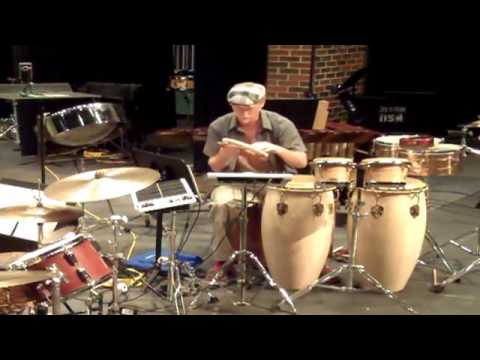 The duo of BRAD DUTZ and CHRIS WABICH is known as the end all of sonic possibilities for two percussionists. They blend composition, improvisation, high art and comedy to create a “total percussion” rounded program. The duo also incorporates world rhythms from their real experiences as performers with artists they perform with.