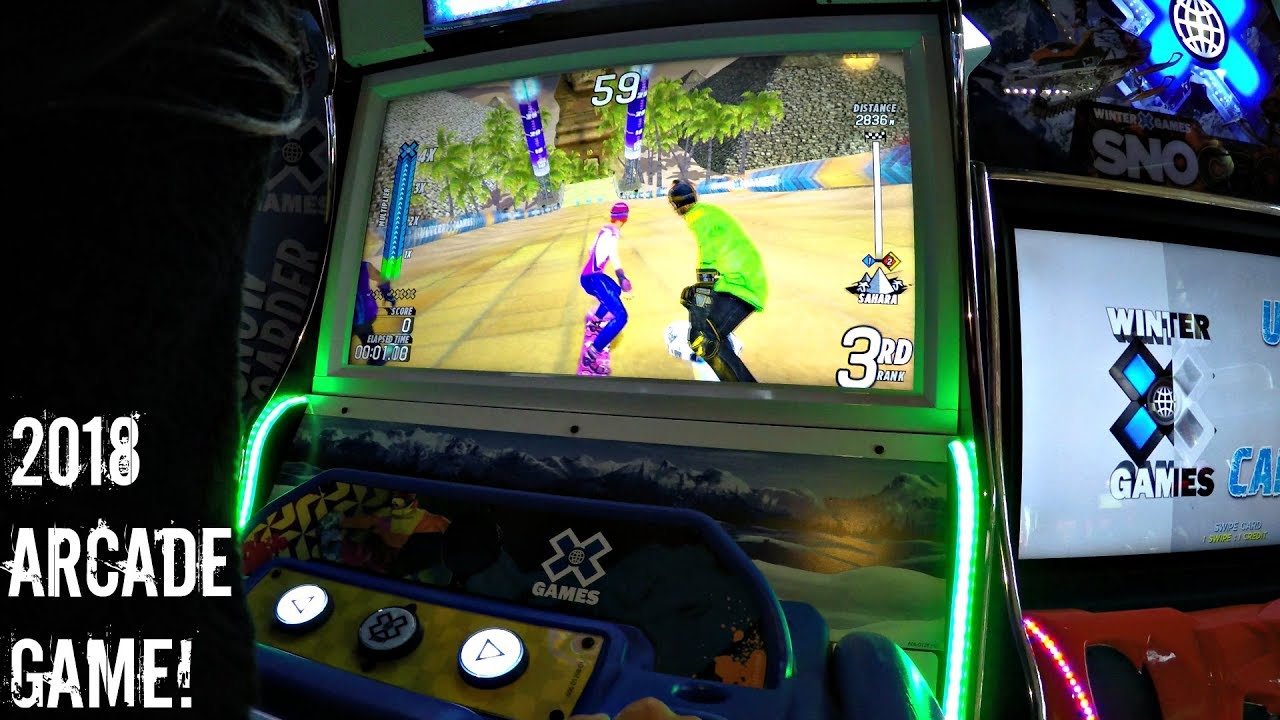 That’s right, similar to the Raw Thrills Super Alpine Racer Arcade Game, you maneuver a snow board that you stand on that is located at the bottom of the Gaming Booth.

The Game colors are improved from their other Game the Raw Thrills Winter X Games SnoCross and M&M said she liked it better than that SnowMobiling Arcade Game we’ve played many times before in versus mode:

There are 3 total courses and we raced all of them:
SAHARA (Easy)
ICELAND (Medium)
Hawaii (Hard)

There are 3 Racer Characters To Snow Board With:
DJ (guy)
Winnie (girl)
Lars (guy)

We used 2 of the Snowboarders and raced them on all 3 of the Courses with Winnie being used 2x.