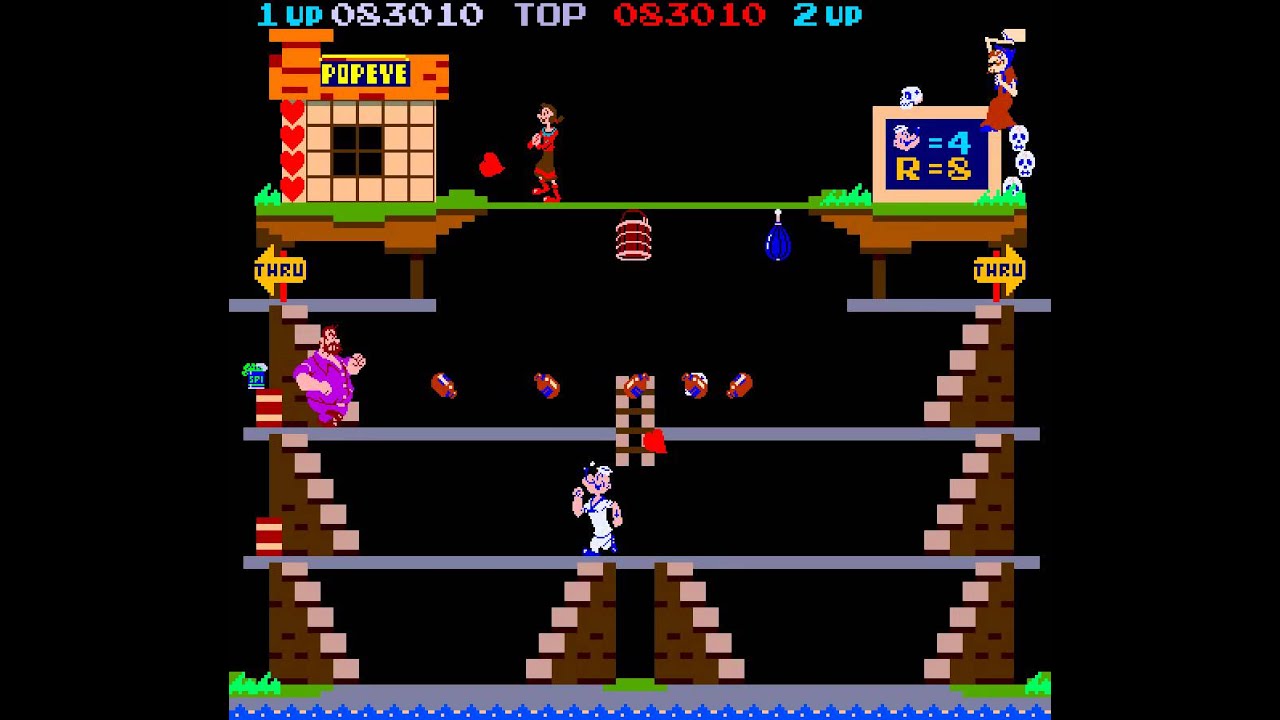 A platform/run and jump game featuring characters from the famous King Features Syndicate cartoon show of the same name. The aim of the game is to rescue Popeye’s girlfriend, Olive Oyl. This is achieved by catching a set number of objects thrown down by Olive from the top of the screen; such as hearts, letters and musical notes. Popeye is constantly pursued in his quest by love rival, Bluto (a.k.a. Brutus). Popeye must either run away from Bluto or grab some spinach and punch him off the screen (he will, of course, return).
Should any of Olive Oyl’s items fail to be caught, they will fall into the water at the bottom of the screen. Popeye will then have only a few seconds to retrieve the object or a life is lost. Several other Popeye characters also make an appearance in the game; namely Wimpy, Sweet-pea, the Sea Hag and her Vulture, whose name is Bernard. The game’s three levels are the dock scene, the street scene and the shipboard scene. These repeat with increasing difficulty.

Note: This time No cheat used. Only save states were used throughout the game.

After the game was beaten, it endlessly repeats level 1 over and over. Level 10 becomes Level A and Level 11 becomes Level B and so on. The game is endless.